Sheikh Tamim bin Hamad’s visit to Iran had caused great fanfare, not because of its regional and international significance, but because of placing the Qatari Emir himself at the disposal of Iranian leader Ali Khamenei to revive the nuclear deal by any means.

As expected, at the end of the visit, the two countries stressed the importance of reaching an agreement in the nuclear negotiations between the international community and Tehran.

Khamenei’s official website said that “the strength and stability of Iran-Qatar relations are in the interest of both countries”, but considered that economic relations between them were “very low and must be doubled.”

At the political level, Khamenei noted the existence of a “ground for exchanging views” and expressed the hope that the visit of the Emir of Qatar would become a new starting point for enhanced cooperation.

Blocking the road on Tamim

The Qatari emir was expected to fly to European Union States to convey Iran’s demands and conduct his usual mediation, but the European Union preceded him in this step and sent Enrique Mora, the coordinator of the talks to revive the Iranian nuclear agreement, to Tehran in conjunction with Tamim’s visit.

This movement has come as proof by the European Union that it imposes the conditions around nuclear rather than Qatar and Iran. Enrique Mora immediately met Iran’s chief nuclear negotiator Ali Bagheri Kani to follow up on where the two sides left off in Vienna.

The Vienna talks were halted when Iran demanded the removal of Iran’s Revolutionary Guard from the US terrorism list, which would mean the lifting of sanctions imposed under the Washington’s designation under Donald Trump’s administration on 8 April 2019.

According to the sources, the letter summarizes to the need of Iran to abandon its requirement to remove the Revolutionary Guard from the United States terrorism list, and that if Iran continues to uphold this requirement and introduce intermediaries “in reference to Qatar”, the entire nuclear agreement will collapse this time and will stop not only cease as previously.

The sources also stated that Mora has told the Iranians that Europe is ready to make “reasonable” concessions to Iran, provided that the latter sticks to its promises through concrete results, rather than through Qatari mediation and others.

Observers say that this plan failed Tamim’s endeavours before it began and threatened his dreams of blackmailing the Old Continent with gas and energy issue. The Emir of Qatar aspired to supply Europe with gas and compensate for the shortfall caused by the Russian-Ukrainian war, in exchange for easing sanctions on Iran and unfreezing its assets with Western banks.

Economists add that if Western negotiators succeed in reviving the nuclear agreement without Qatar and its mediation, Iranian oil will add 1.5 million barrels per day to the global market, meaning that the additional oil will contribute to reducing global prices that have risen sharply since Ukraine’s war began. 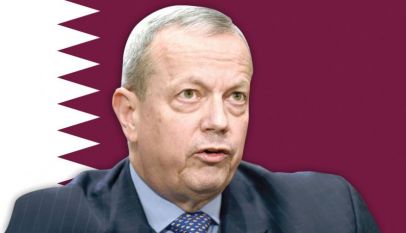 An update on the issue of Qatari lobbying on America.. Has Doha fallen into the evil of its business?

Is the presence of Israeli fans in Qatar the beginning of declaration the secret relationship between the two countries? 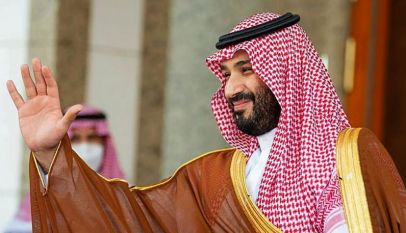 Sudan hands over 21 Brotherhood members to the Egyptian authorities

Zawahiri calls on Muslims to emulate terrorists as role models

Saudi Crown Prince Mohammed bin Salman made a foreign tour, during which he visited Egypt,…

The British newspaper, The Guardian, reported that Jordanian Abdullah Abhis went on a hunger …

Tor is a service run by volunteers, providing privacy and anonymity on the Internet by disguising your identity and hiding websites which you call. The service also protects you from the Tor network itself.

Onion Browser A service run by volunteers, providing privacy and anonymity on the Internet by disguising your identity and hide the sites you call. The service also protects you from the Tor network itself.